Another interior painting with sunlight, cat and blankets… mmm…

Here is another painting very recently finished in the studio. It features another cat portrait! I don’t know if that will become a theme yet. I’m more interested in the spaces and fabric patterns right now… it’s just that the cats want to be in the cozy spaces! What can you do?

The day after I arrived was March Fourteenth (3.14) and so it was Pi day and we were served pies. Tables were appropriately decorated with paper mache pies.

Everyone signs up to be in charge of a dinner in pairs or threes. Following pi night, myself and two others prepared a traditional polish meal complete with poppy-seed cake and miniature polish flags to garnish the pierogis.

A typical kitchen scene at elsewhere:

Other things you will see around elsewhere…
a heart made of shoes on the ceiling:

an evening public talk held at the storefront with the windows open to the fresh night air so passers-by can listen in, (check out current elsewhere events calendar here)

Jordan having a moment with a plush toy:

elsewherians in the bike surrey:

Stay tuned for more explorations and discoveries at elsewhere, as well as progress updates on my project.

This is an animation I did a few years back with audio I created today. Enjoy!

This is an underpainting for another little space study. I’m working in acrylic this time which is unusual to me after so many years painting only in oil. Still, it is nice to reacquaint oneself with different materials from time to time.

Here is a postcard I made recently to accompany a residency application to Elsewhere in Greensboro, NC. Check it out, it looks like a fabulous place. Oh, and wish me luck!

Here is the front of my postcard:

And here is the back:

Okay, so I know it’s Monday but I still want to show you what I was up to all day Sunday! My husband and I decided to do a spring cleaning (in the fall) and cleared out all the boxes and such from our laundry room. This revealed quite a functional desk that was hiding underneath. I decided this would make the perfect sewing/craft room and could house my new garage-sale-find singer sewing machine. After converting it, I sketched it:

Then I colored my drawing… and now all I have to do is learn how to thread the machine and re-learn how to sew!

Just another day painting washes on all my canvases and doing “research” for my next works. This often includes looking through old photos, walking, laying on the carpet, sketching and hopping around the internet. 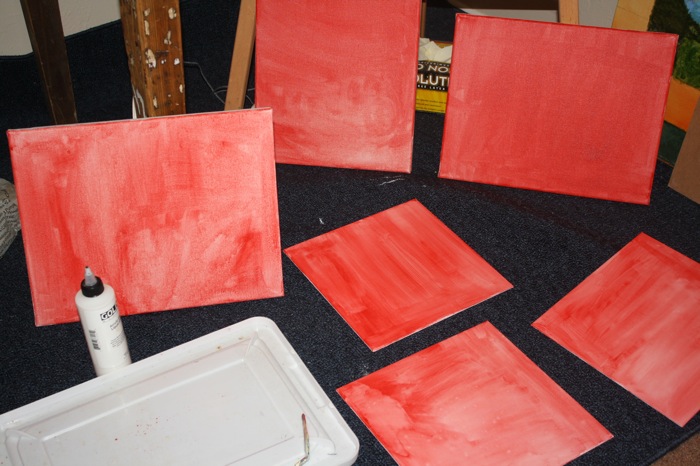 Just before my stomach dragged me off to the kitchen to cook dinner I managed to finish the fifth preparatory sketch right on the canvases. I rarely do this but I’m trying out a different technique with these next works. How exciting! I know you won’t be able to sleep tonight, just waiting for tomorrow’s post… what will the painting look like? Well, I don’t even know that so I bet I’ll lose sleep too 😉 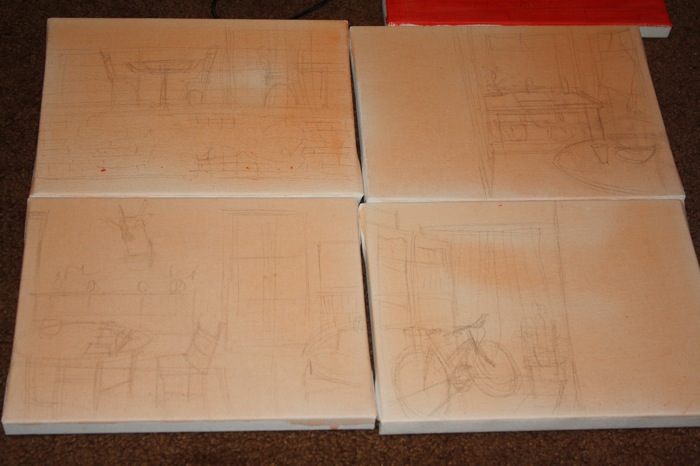 Take one of my Skillshare Classes! 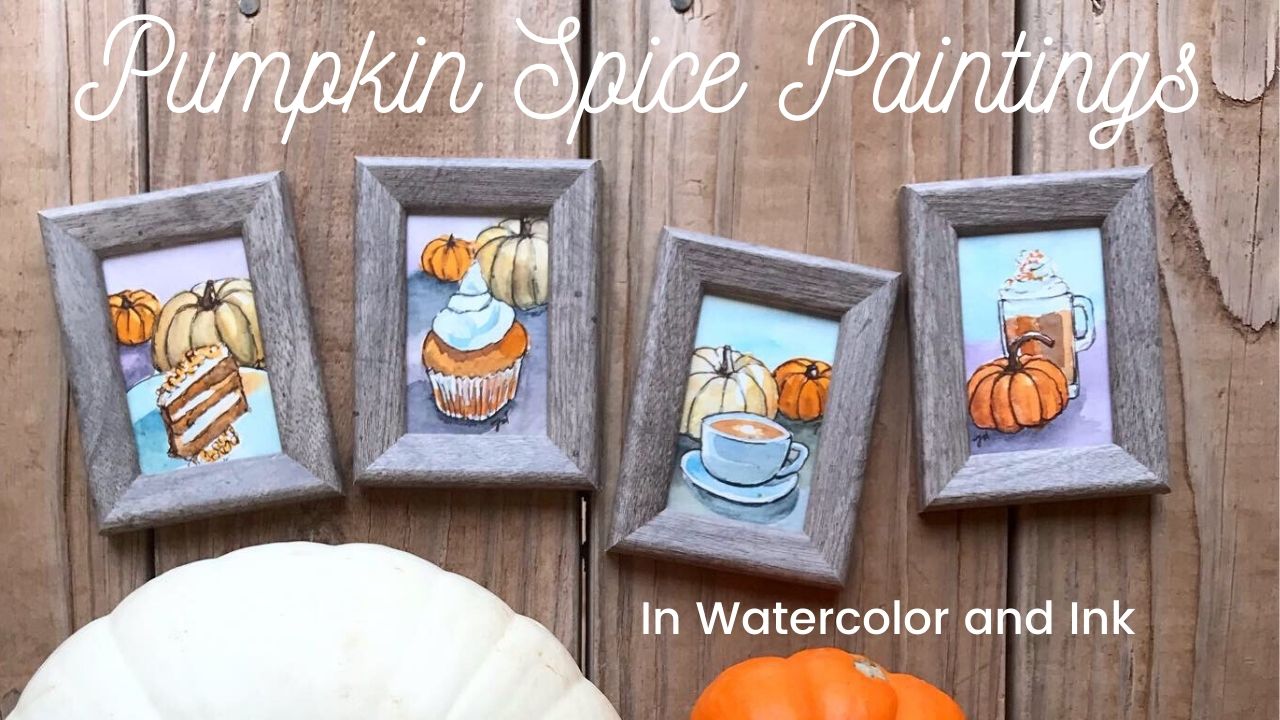